With one of those weird coincidences in life, I received the following from The Blocked Dwarf
after I wrote yesterday’s little brainfart. GD
________ 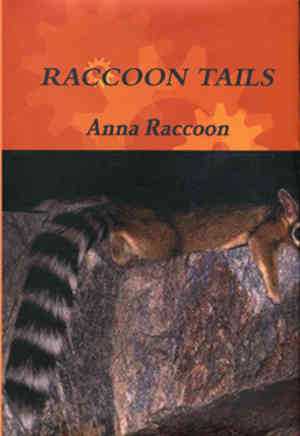 Former regulars of the Raccoon Arms will recall that oft times was mooted that the Landlady should compile the bestest of her posts into a book, a proper book -with paper and ink and stuff. Among the condolences even, several people expressed the fervent hope that  such a compilation might be compiled and published (a wish The Archivist  cunningly avoided fulfilling by the simple ruse of raccoonstituting her entire bloody blog).

“Now class”, * in his best Jeremy Irons as ‘Scar’ voice* “listen to teacher” because this may well be news to many: In the spring of 2016 Madame did indeed compile and self publish a book of those 36 posts that meant the most to her. Not the necessarily the ‘best’ examples of her wordsmithing, not the ones with the most literary merit  but rather the ones that had something more than usual of ‘her’ in them because the book was a present for G. But I’’ll let her speak for herself (as I don’t fancy a Quija board in the back ), here the book’s back cover dedication:

“This book is dedicated to the wonderful ‘Mr. G’ who gave me the confidence to believe I could write, created the space within which to do so, and uncomplainingly picked up the pieces every time my unconventional life came back and bit me on the backside.

I could never repay the debt I owe him.”

She only ever had 5 copies printed, the first for G of course, three copies  for the Elven-kings under the sky, and one  for the Dwarf-lord in his hall of stone.

So, which posts did she choose? Of all the hundreds (1.5k + ?), which 36 made the grade? (you can see the title for each post in the linky I have so helpfully provided for you- am I good to you or what?) :

So call for your pipes and bowls, sit among your comfiest comfy cushions…. and forget the box collection of “Britain’s Got No Shame” or “Strictly Come Bake Factor”  this weekend. One word of warning for those who haven’t yet experienced the  Landlady at her fullest  tilting-at-the -windmills-and-vagaries-of-life, like some mad Russian monk she’s hard  to put down.