Guest Spot by The Blocked Dwarf 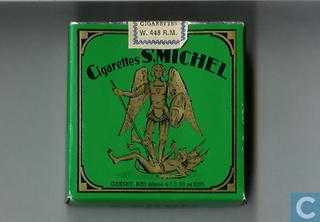 Or “shall I continue to watch, looking like a Sith Lord in the hood of my overlarge Bundeswehr parka, the well oiled machinery that is The Upper Nosebleed Town Xmas Lights Volunteer Committee putting up, in the rain squalls,  their wondrous  gas-less lanterns to astound the locals (“Vertible Suns in Bottles!”) or write something”.

Right, on with the show. Back in ‘85 (that’s 1885, I’m in Norfolk -remember?) a Belgian rejoicing in the name “Feelinin Gussets” became, as Public Healthers are wont to, increasingly concerned that The deserving POOR of Brussels and their CHILDREN had no, or only limited, access to the health giving,nay, verily  life sustaining, properties of ……wait for it…..wait for it…..

Our forefathers, Belgian or not, knew for a fact, for all the best doctors said so,  that cigarettes could cure many of the illnesses of the day and prevent rickets, pox and plague.  Back then of course there was little point in a Public Healther and Social Reformer  lobbying the parsimonious  Patriarchs of the Merchants Guild, and the King of Belgium at the time was far too busy committing genocide in the Belgian Congo (whilst turning a handsome profit). However Félicien GOSSET was made of sterner stuff than our modern day Public Health ‘think of les Enfants’ troughers. No whinging for tax francs, no false charities. As a professional  Victorian Do-Gooder, Gosset  rolled up his sleeves and got to work making cigarettes( You can almost see his contemporary Samuel #selfhelp Smiles beaming down from heaven approvingly, can’t you? ) cigarettes which he then sold singularly from a hand cart in the main square so that even the poorest worker might be able to afford one or two a day and thus strengthen their bodies and fortify their souls . Furthermore he priced those single smokes at pocket money prices so that the waifs of Walloonia might grow to manhood with straight limbs and fair countenances,  the child doxies be free of ‘French distemper’ .

Literacy was only just coming into fashion so in order to ensure his target demographic got the message, Félicien branded his penny smokes as “St.Michel”…which was doubly apt as he was hawking his wares in the very shadow of the 5 metre gilded statue of Brussel’s patron saint St. Michael (atop the Town Hall) . I didn’t know this either until I started researching this story  but among Catholics St.Michael isn’t just revered for kicking Lucifer out of heaven (as you will recall from Sunday Classes and The Book Of Revelations) but as the patron saint of HEALING.

Gosset’s philanthropy,nay love of his fellow man,  his business acumen and local patriotism were quickly rewarded and by 1930 he was knocking out some 2.2 BILLION packs of smokes a year (I haven’t been able to discover yet when he switched from singles to packs), which was a about a third of all cigarettes produced in Belgium at the time. His little workshop was quickly replaced by custom built factories and warehouses designed by the leading architects of the day.  But St Michels remained “the peoples cigarette” and those iconic green packs with the golden St Michael slaying the dragon proudly proclaimed that they were “produced under the principles of hygiene most strict” *insert Suchet as  Poirot voice*. I’m guessing, based on previous experience, that by ‘hygienic’ Gosset meant that the cigarettes were still produced by hand, by fair Brussels maidens a-tubing, and not by nasty, dirty , unhygienic and , worst of all, Américain Bonsack machines…

And despite Gosset’s Grandson going all Profumo in a sex/call girl scandal that fair shocked 1990s Belgium, despite the brand being taken over by Reynolds (BOO! HISS!) in  1982 and production moving eventually  to Germany (yes really!) the brand, I am pleased to say, still exists today!

I know this because in Adinkerke last Thursday I remembered to ask the 12 year old behind the counter for a carton of them. A carton of filterless ‘Green Michaels’  to which he replies “you like the strong stuff!” (I didn’t correct him about there not being any ‘strong stuff’ left under EU law).

Last time I smoked them was 30 years ago, in the time before cell phones, SMS and Contacts lists, I hitched hiked up to the City to see a girl-whose name I can’t recall- to get the holiday address of another friend so I could send them an Athena (remember them?) postcard… probably. NO I didn’t end up in her knickers, this is NOT the usual Blocked Dwarf “Ivory Sex God” anecdote; in fact she was married I think and her husband had just come back from Belgium (when that was something to be marvelled at if one lived as deep in Ruralshire as I did). He, hubby, had brought back a carton of St.Michel and discovered they were far too ‘funny foreign’ for his tastes so she kindly gave me a pack. Then she drove me back , pillon on her 50cc ‘ped through the city. I learnt two things that day: I liked ‘foreign’ smokes and motorbikes scare the crap out of me…literally.