Another Guest spot by The Blocked Dwarf 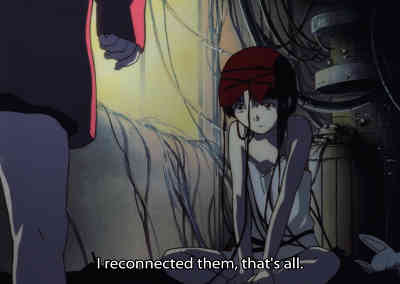 Right this moment the Blocked Dwarf, your correspondent from the Flatlands, thinks that with a lot of help he might, just might, make the grade as a village idiot. Or should that be a Global Village Idiot- if the ‘net’ doth of our real world a village make?

Years ago I took a course in Networking, infact several courses up to CCNA standard because I was offered the chance to work for serious money, staggeringly insane sums as it happens, for one of those gangs who would descend on an entire office block by the neon strip light of night and ensure that by the light of the new day every desk had an ethernet socket on the wall behind it next to the socket for the coffee machine . Of course by the time I knew my RJ45s from my BNCs (You may call them what you like but I was taught ‘*British Naval Connector*’…and doesn’t there sound something horribly ‘Rum , Sodomy and the Lash’ about ‘naval connectors in a ring or star’?) and knew my T568As from my T568Bs the bottom had fallen out of the wiring game because someone bastard had worked out how to send The Wired (just showing my cyberpunk credentials there) via the wireless…I blame Marconi. Most importantly I learnt the difference between Mbps and MB/s.

Present time,present place (I <3 Lain) , I ‘rock’ (just showing I’m down widda Yuff) a Dell Insipid 1545 (anno) laptop on Super-Duper-Mega fast Fibre Optic broadband and have done for the last couple of years since the ‘rustic’ Norfolk town I live in was connected to His Majesty’s Optical Telegraph. I download a lot, mainly inane German cops shows for The Bestes Frau In The World; most days at least a couple of gigs worth and should there be a film or two worth the watching or the latest episode of Midsomer then double that. Since getting the Super-duper-Mega broadband-at a cost of £70 a month (calls and extras incl.) from British TeleCom (hereafter’ BT’)- I have wondered why my download speed was somewhere, depending on wind direction and barometric pressure, between 2 MB/s and on really really good days when the planets aligned just right, 3 MB/s. For the English speakers among us: it’d take me about 20 minutes to download a blockbuster movie.

Last month I finally decided I’d had enough fun trying to get sense out of whichever ‘how may I be helping you today, sir?’ in Backwardstan and his or her check list answers. BT’s Bargain Basement ‘daughter’ firm,  ‘Plusnet’,were offering me the same deal on my internet but at less than half the price and ‘Award Winning Customer Service’ based , if not in England, then in Yorkshire (close enough that I don’t need to be fluent in Urdu…although I’m told it helps)to boot. I was with Plusnet years ago and always found their Tech Support to be world class. On one memorable occasion I rang them at 06:30 on a Bank Holiday Sunday and got someone on the phone who not only knew what he was talking about but who didn’t assume I didn’t either. So, having done my best recently to keep Japanese Tobacco’s share price and the Belgian economy solid, I decided I might as well save myself some money and get the same crappy internet speeds but for half the price and with the chance of decent tech support should I need it.

At the time of the switch over I was in regular contact with Grandad about The Raccoonstitution (not that he needed any technical help from me but I do a good ‘Dr.Watson’). So I warned him I might be offline for a bit, such ‘switch overs’ being short and sweet and never taking days, weeks or even months-oh no! As I was finally back online I emailed him to let him know The Dwarf was back. He suggested I do a speed test, which I did and discovered I had 17ish Mbps or the same 2 something MB/s. At which point the bloody OAP mick what lives halfway up a mountainside in County Witless tells me he gets 70 (in words “SEVENTY” fucking Mbps) in his house on stilts in the middle of the peat bog. Took the shine right off my saving £40 a month that did. Who needs friends….especially friends who then go on to grizzle about *only* getting 50Mbps when visiting the Grandkids.

But having lived with a low speed for so long now I soon put his Schadenfreude – a German word for ‘schadenfreude’- from my mind and got back to downloading “Inspektor von Twatten Getten His Head Shot Off At Ze Oktoberfest -Vot Fun!”.

Until 2 days ago when Plusnet sent me an email which read: “Now you’ve been a customer for 14 days we are pleased to inform you that your average broadband speed is 70Mbps, rejoice and bring praise”. I was about to reach for the phone and blow whichever Yorkie who’d sent me such defamatory nonsense off his Hovis laden butchers bike when something ….an angel of the Lord perhaps… cautioned me just to check that my measly 17 Mbps weren’t infact due to my antiquated laptop. So I plugged in an eth0 cable and , lo and behold, it did come to fucking pass that I was suddenly rocking 75 Mbps or about 9 MB/s.

Remember that film that took me about 20 minutes to download? Well, to put it into English I can now download the same movie in under 2 minutes!

I have been paying through the nose for years for something i had absolutely no benefit from, I could have gotten 2MB/s out of the cheapest broadband package going and worst still there is no one to blame but myself. Words cannot describe the kicking I would give myself if my little legs were only long enough and my joints young and supple enough.

“and you don’t seem to understand”