I phoned Doc on Friday.

Nothing hectic – I just wanted a prescription renewed, and if I called in in person the bugger would charge me.  Skinflint.  But he doesn’t charge for a phone call.  Not that much of a skinflint.

Anyhows, his Missus said he wasn’t in and that she’d pass on the message and would Monday be all right?  I said fine and left it at that.

I brought the dog for a walk yesterday and called by Doc’s place.  The Missus handed me the envelope with the script.  Grand.  I tied Penny to the Pharmacy door where she can meet, greet and trip people up and went in.  I opened the envelope…. wrong prescription!  Fuck!

I left penny at the Pharmacy and called back to Doc’s.  I told the Missus it was the wrong script and she said she was expecting Doc back at any time and would get him to change it.  I said I would call back later.

I retrieved Penny and we strolled up the village calling in to buy baccy in one place, vegetables in another and meat in a third.  All involved long chats with shopkeepers and customers and all involved Penny being tied up outside meeting, greeting and tripping people up.  I don’t know what it is about Penny but everyone has to stop and pet her.

After saying all I had to say to people and hearing all they had to say I wandered back down to Doc’s place again.  Yes, he had been and gone and had written out the correct prescription.  At fucking last!

I tied Penny outside the Pharmacy again and proudly presented the script to the chemist.  There was an error on it – the typed part didn’t match the scribbled handwritten part.  FUCK!

Back to Doc’s where I told the Missus to get him to correct it.  She was getting a little pissed off with me at this stage but not as pissed off as I was.  Naturally Doc wasn’t there so I said I would hang around.

After half an hour or more I called back to Doc’s place.  He had corrected the script and buggered off again.  Lucky no one was dying on his doorstep?  The Missus was getting rather curt too.

Back to the Pharmacy with the correct [and corrected] script.  The chemist read the script and said it was fine and she’d get it for me from the store out back.  Penny at this stage was chatting to another woman and was completely blocking the door forcing people to step over her.  I presume that’s how she gets so many women to chat to her?  I must try it sometime.

The chemist came out from wherever she had been.  They were out of that medication and could I call back? 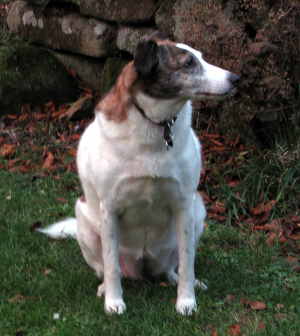