Many years ago I ran a little series on faces I could never tire of kicking.

I think the time has come to make another addition to my little collection?

I give you the fine smug face of a Nanny State Troll, aka Colm Brophy – 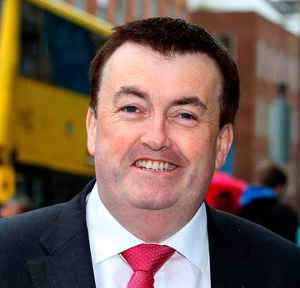 Now there is a face that definitely could be improved with the imprint of the sole of a hob-nailed boot?

Now this little troll has his eyes on those new Heat-not-Burn devices that people are taking about.  They aren’t available in Ireland yet, so far as I know but that doesn’t stop our Mister Brophy.  Oh no!  He wants to make a pre-emptive strike and tax the things out of existence before they have even come into existence.

According to Brophy, who has obviously been reading the ASH Manual on Catchy Little Soundbites, these devices are apparently being “targeted at young people“.  Er, how?  Are there full page ads in the Beano and Dandy?  And here was I thinking that all advertising was banned even to the extent that the products have to be hidden from view at all times.  Or in the case of heated cigarettes – hidden from view because they don’t exist here yet.  So how exactly are they targeted?  Do they have images of Frozen or Minions on their boxes?  Are they to be handed out free at the school gates?  Please enlighten me.

Having make a passing veiled reference to The Cheeeldren he then goes on to the real reason for his proposal – TAX.

“The State should not be subventing the profits of tobacco companies by giving them lower taxation rates on this product” he says, thereby showing his total ignorance of anything financial.  The dumb troll doesn’t seem to realise that taxes are borne by the purchaser, not the tobacco companies.  He just wants extra money for the gubmint coffers and if that means screwing those who want to switch from ordinary cigarettes, then hard cheese.

It’s only at the very end that it occurred to him to mention as an afterthought that he thinks they are a “health danger“.  He had to get the tax thing in first and foremost, as that is the most important reason for his crusade.

I definitely think he deserves a little mention in my Hall of Fame?