[A Guest Spot by The Blocked Dwarf, in case you are wondering?] 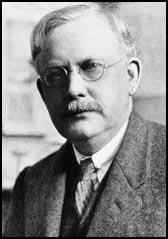 the face of militant CO-OPresbyterianismA

This morning found me, your Dwarf in Norfolk, in the centre of the teeming metropole that is our local market town with a few minutes to kill whilst the Apothecary cast a learned eye over the sack full of tinctures and pills that make up my monthly ‘drug run’ (the poppy juice , blotting paper and psychopharmaceuticals that keep me out off the toilet and the Bestes Frau In The World out of the Secure Ward respectively) .  So I ventured into the  “Koo-moon-itty Centre” and purloined a few of the free 8 gig USB sticks they were handing out. Before you all rush to your local Community Centres – I know, a man can never have enough USB stix- I should explain further; whichever Big Project  is currently seeking planning permission here (perhaps bringing Gas Lighting to the furthest reaches of the county or perchance connecting even the smallest witch burning hamlet to the Optical Telegraph network?)  has chosen to fulfill it’s obligations to inform the public by means of , not only, glossy brochures but with Impact Assessment Reports and Diversity & Gender Equality Strategies as pdfs on handy USB sticks. One quick “Format /u” and you have a clean USB stick which would cost you around £8 retail.  Biros from the bank, usb stix from the Community Centre and lighters from REAL in Adinkerke…every little helps.

Whilst palming , with an unusually high level of legerdemain I might add, a fistful of dongles (‘ohhh ahhh, We’re in Norfook now for soore Vicaar’), I spied several glossy brochures, offering ‘Further Education’  from  something calling itself the WEA – the ‘Workers Educational Association’ -or as it was originally christened in 1903 “An Association to promote the Higher Education of Working Men “ but that offended  those radical  fem-nazis of the Women’s Co-operative Guild (you thought ‘micro aggressive sexism’ was a new thing?).

I left Sixth Form College with an A level in Liver Cirrhosis, a 60-a-day habit & various STDs. I got my higher education at Night School years later and whilst I now spend my evenings consuming various inane Bavarian cop shows with the Bestes Frau In The Whole Entire Universe, whose full time carer I am, I sometimes hanker to do something more productive with my time. Perhaps a course in Teeline? Advanced German conversation? Typing For The Webbed Fingered? Habeas Corpus For Dummies? Something mentally enriching and  useful life-skill?

Unfortunately it seems the noble ideals of the WEA’s Founding Father , a Victorian Public Health fusspot, teetotaller and Sunday School teacher, ALBERT MANSBRIDGE  (whose only saving grace as far as I can see was his having been , in his wild youth, considered a militant activist for…the Co-Operative movement!) have warped somewhat.

“ He (Mansbridge)  argued that he was concerned about the “lack of thinking power in the rank and file” of the labour movement. Mansbridge went on to say that higher education for future working-class leaders would result in “right and sound action” in public affairs. (3)”

It explains much about the modern Labour Movement , about the Labour Party of Corbyn and Abbott that the WEA now offers the workers of Norfolk 10 week courses in such varied topics as “The Clothing in the Parson Woodforde Diaries”, “The USAF Invasion Of East Anglia”, “Erectile Dysfunction-it’s portrayal in- Nouvelle Vague” and “ Feminism in Iceni Basket Weaving” at a cost of around £80 a course (let us not forget Manbridge started the movement with 2/6 from his wife’s -also a Sunday School teacher btw- housekeeping.).