I see the French are considering another little money spinner.

I have seen this idea mooted before, proposed of course by the professional smoker haters.  I swear they all sit around a table, tossing around ideas that would annoy smokers, while they idly stick pins in kittens.

Can anyone tell me what this “licence” has to do with health?  They actually don’t want smokers to quit as this would instantly cut off the new money stream.  This is purely and simply a method of extracting yet more cash from the pocket of the smoker.

The allocation of the permit would […] follow a mandatory medical examination, which would be paid for by the smokers and non-refundable.

So now we have a mandatory medical examination?  You go to an anti-smoker doctor who on a whim may declare you unfit for a licence because you have dandruff, and you then have to pay him for the privilege?  In effect this is a case of forcing “health” onto the population.  If I have a cough or some other chest complaint and I wish to continue smoking then that is entirely my affair.  It’s my body, my life and my business but under this proposal my autonomy is removed and I have to abide by the control of the Anti-Smoker Industry.

This licence also dictates how much I can smoke.  I get a licence for 20 a day, but then run into a stressful period, do I then have to “upgrade” my licence for those few extra fags?  And when normality resumes can I now “downgrade” again?  Presumably not – they have my money and there is no way they are going to give it back.  Similarly if I buy my licence and a month later I decide to quit, do I get a refund?  No.  So I might as well carry on smoking if only to get my licence worth..

What’s the betting that the next step would be to make it compulsory to display the licence card at all times?  Wear it on a lanyard or sew it into your coat? 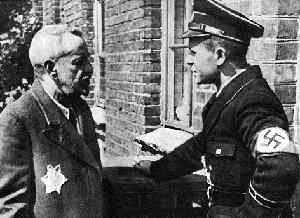