This [apparently] is supposed to be artistic? 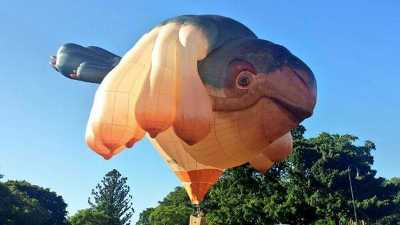 It is supposed to represent a whale as a mothering beast, or some such shite.

Do NOT call it art.

It's just a fucking balloon with a load of massive tits hanging off it.

I suppose it could be worse though?