It looks like it isn't going to snow tomorrow.

For the last week every weather forecaster has been on and on about whether there is going to be snow or not.  They talk about fronts moving in and gleefully announce rain, gales, ice and fog but then the face falls and they sorrowfully announce that there isn't going to be any snow.

Somehow snow has become synonymous with Christmas.  Did the Eastern Mediterranean suffer from gigantic falls of the white stuff two thousand years ago?  Why do advertisers insist on showing everything covered in snow?  Why do bookies take bets on whether it will snow or not?  Why don't they take bets on snow on New Year's Day?  Or the third of February?  Or any other day?

Personally I couldn't be bothered whether it snows or not.  I like the look of it for a while but when it starts to get all slushy and dirty I find it wears a bit thin.

As far as I am concerned there is only one kind of white stuff for celebrating. 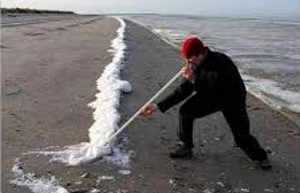