The Consumer Show is not on my regular list of viewables but last night they were to talk about electronic cigarettes.

The programme was much as I expected.  There was the usual confusing statements about e-cigarettes producing "smoke" and referring to the devices as if they were just another type of cigarette.  There were a few of the regular objections, such as the cheeeeldren being poisoned by e-liquid which was neatly countered with the obvious reply that houses are full of stuff that is toxic and that they all have child-proof caps.

What struck me most about the programme were the two Antis.

There was Chris Luke who seemed to be more confused than anti, and makes the strange statement that e-cigarettes are dangerous as they contain the "highly addictive nicotine" while overlooking that the patches, gum and inhalers he doubtless recommends are also nicotine delivery systems.  He also quotes a mysterious "study" that showed that e-cigarettes are a "gateway" to real cigarettes, which he was lucky to get away with. 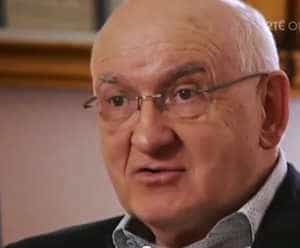 Then there was our old dear friend Luke Clancy, the man who has single handedly saved the Irish nation from itself – in other words a full time professional Anti-Smoker.

He is of course violently anti electronic cigarettes partly on the grounds that they "re-normalise" smoking, but his main objection to them seems to be that Big Tobacco are showing a financial interest in the e-cigarette business.

It strikes me as a sensible bit of diversion for the tobacco industry – as cigarette sales threaten to decline, then invest in a similar business that is flourishing.  However Clancy reckons this logic "is what they would have us think" as if there were some deep dark conspiracy where Big Tobacco is somehow going to poison the world with vapours.  This, to me is a perfect example of the pathological mindless obsession that drives the Antis.  If it has any connection with the tobacco industry then by definition it must be evil personified.  It never seems to occur to them that any business, whether it's Big Tobacco or Big Pharma is there to make profit and little else.

It's worth taking a look at the programme excerpt just to see Clancy in action.