Things have a strange habit of breaking.

Of course we live in a world where everything is disposable, so if something breaks, you chuck it in the nearest landfill and buy a new one.

Those of us who have been around for a while will remember the days where if something broke, you fixed it.  And if you couldn't fix it, you'd send it to someone who could.

Over he years I collected a few broken items.  Something would break and I'd shove it in a drawer or at the back of a cupboard with a mental note to fix it sometime.  The problem was that I'd buy one of those Superglue things that would fix just one item and then the fucking cap would stick to the end of the tube and that was that.

Things came to a head the other day.  I dropped one of my favourite pipes and the mouthpiece snapped.  That was one item I was not going to stick in a box and forget, so I had to find a solution there and then.  I bought one of those newfangled jobbies that comes in two tubes, and you have to mix the two contents before anything happens.  It's a bit like sex – it takes two for a satisfying conclusion. 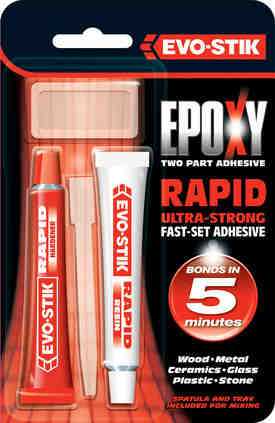 I mixed the stuff up and applied it to my pipe.  Not only did it work, but it is rock solid, which is impressive as there was only a very small area to hold the glue.

Jayzus but I went mad.

I went around finding all those broken yokes I had stashed away over the years and had a grand time fixing them.  I had a couple of nasty moments when my fingers got stuck to each other, or to whatever I was fixing, but you know what they say about omelettes?  Mind you, that glue would be able to repair the eggs after any omelette cooking so that cliché is now somewhat redundant?

Having fixed two pipes, a keyring, a couple of plates and quite a few other bits and bobs, I began to wonder how it would work on glass.  I had an award that was made of crystal glass and some visiting careless cunt had broken it years ago by knocking it off a windowsill.  Maybe he was jealous or maybe he was clumsy, but the fact remained – my hard won award was smashed into several pieces. 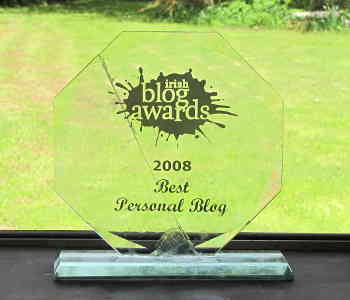 OK, so it's not exactly pristine, but it's looking one hell of a lot better than it did.

I'm looking to the future now.

I'm contemplating sticking all the chairs and tables in the pub to the ceiling.

It would be sweet revenge for the backwards clock?