We had a little bit of a wind last night.

Nothing drastic, just a bit of a Force 10, or a Force 11, and maybe even reaching Force 12 at times.

Once again the poor old Silver Spruce has suffered.

I like that tree.  It sits in a corner of the lawn and minds its own business.  It's quite a grower too, having just about doubled its size in the last ten or twelve years.  I had to cut the bottom branches off just so I could get around it. 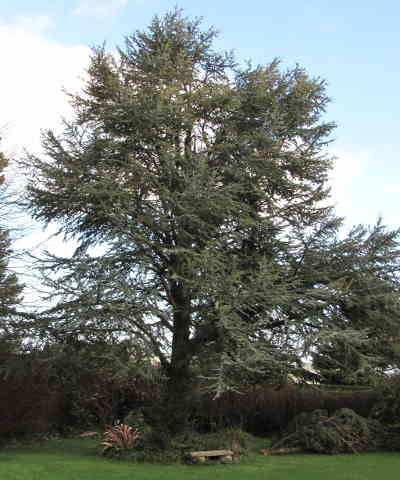 The big problem with that tree though is that any time we have a bit of a puff, it tends to shed branches.  And when I say branches, each branch is a tree in its own right.  Great fuck-off yokes that require a chainsaw to cut 'em up before I can even move 'em.

You may notice from the photograph on the bottom right corner there is another large branch down as a result of the breeze last night?  The poor tree is getting a bit threadbare.  Like myself.

If I remember correctly, my mother gave that tree to my father as a present about forty five years ago.  It was a tiddly pathetic little yoke, only a foot or two in height, but it has managed to grow a bit since.

She probably gave it to him as a birthday present, and it's one of the reasons I don't want to fell it.  It's his tree.

Today is his birthday.

He would have been one hundred and one.

He wouldn't have liked being that age.

Thinking of you, Dad.