I wish they would drop this Presidential Election farce.

It’s bad now but it’s going to get a hell of a lot worse.

Yesterday we had Norris dropping out of the race which saddened me a little as he added a lot of colour to the whole affair.  Not that I would have voted for him – I wouldn’t have been able to take all the feeble jokes about a queen being a president.  I like him as a person but he just ain’t presidential material.

What the fuck do we need a president for anyway?  We aren’t even a country any more, just a little back yard in the Fourth Reich.  The whole business costs a fortune, and the Aras in the Park could be put to much better use.  It would make an excellent brothel?  A pub?  A dosshouse for the homeless? 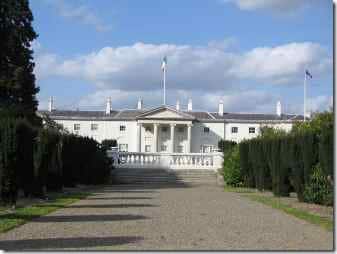 With Norris out of the way, the dross that’s left doesn’t exactly inspire confidence.  There isn’t one who I would be happy to have as my representative, and some that would make me want to hand in my citizenship.

Unless of course you want me to be president?

In which case, forget everything I said.