By now, you should know my love for cold calls on the telephone.

There is another sub-breed of bottom feeder that is somewhere around the same spot on the evolutionary scale and that is the door to door salesman.

I was sitting here today minding my own business when the door bell rang.  By coincidence, both dogs were indoors at the time [they had both been wandering in and out, as I had the door to the garden wide open], so I shut them in and made my way through the house, wondering who the hell it was.  The dogs followed me so that when I opened the outer door, I had to hold the inner door in case the dogs came barrelling out.

At first glance I thought they were God Botherers, and they were both squeaky clean.  They scotched that thought though by introducing themselves as being from Bord Gais.  We don’t have gas.  Nor does anyone else around here.  The nearest gas-main is about six miles away.  But it transpired they were trying to sell me electricity.

Fuck it, but they were persistent.

I’m open to argument about who supplies my electricity.  I don’t give a shit just so long as I can boil a kettle and the supply to the seed shed isn’t cut off for too long, but I do not like to be pushed into things.  And these fuckers were pushy.

I asked if Lucy Kennedy was thrown in with the deal.  They said she wasn’t and insisted on showing me a computer.  I have a fucking computer, so I didn’t want to see theirs, but they insisted on showing it to me anyway, and said they could sign me up on the spot.

I started off at ten on the scale of politeness.  Within minutes, I had sunk to one, and was blatantly telling them to fuck off outa there.  They still persisted.  I told the main man that he was a persistent cunt, and he just smiled, agreed and carried on selling.

In the end, the needle hit zero on my politeness scale.

I released my grip on the inner door, and loosed the dogs.

It was over in seconds.

One managed to make it over the gate, but the other one didn’t stand a chance.

The ambulance has just left.

It would have saved a lot of trouble if they had just thrown in Lucy Kennedy. 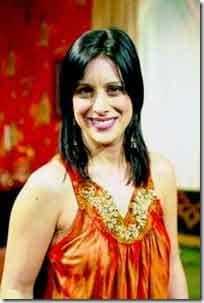