This is getting very fucking confusing.

As far as I know, any nominations that were made before the ‘official opening’ are valid, because I got emails back thanking me for the effort I had put in, and that my nominations had been accepted.

At least they now have a closing date.  All nominations must be in by the 5th of February at 3pm.  I presume they mean 3pm GMT, but who am I to argue?

If there is anyone out there who wants a nomination, please let me know.  I will get in touch regarding payment methods.

The other big news is that the date and venue for the awards has been announced.

I have never heard of the Radisson Blu Hotel.  It sounds like something you’d flush down a toilet to make a smell.

I phoned them this morning to make a reservation.  They asked me my name so I told them.  They said they were fully booked out.  Bastards.  Those fuckers from the Cork International must have told them about last year.  I phoned again and used my Uncle Jimmy’s maiden name, and suddenly they had plenty of space.  I fucking hate that type of messing about.

Yes.  I am going [bar some unforeseen incident] and there is even a rather worrying rumour that Herself is interested in going.  In fact I intend to head on after into the wilds of Connemara and have a little break for myself.  Why not?  I deserve it.

The big question now is who else is going?

Anyone interesting thinking of attending? 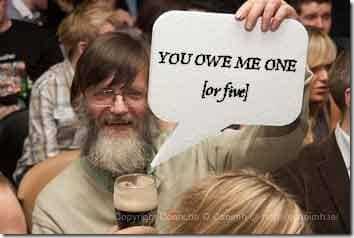