So Eamonn “The Joker” Ryan is at it again. 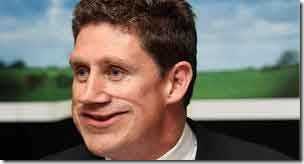 Have you noticed that The Greens are desperate to show us all the wonderful things they have done while in power?

They have been very loud over things like cluttering up the streets of Dublin with bicycles, which is all very well but it is fuck all use to people waiting on gurneys in hospitals, or raising the tax on petrol yet again.

Now The Joker is talking about introducing post codes!

He says it will cost a mere fifteen million.  The experts on the other hand say it will cost nearer twenty five million.  I know who I believe, but of course Ryan lives in fairy-land so that’s all right.

This is the government that is so cash strapped that they can’t afford to vaccinate against cervical cancer?

This is the government that is so cash strapped that they wanted to remove medical cards from the elderly?

This is the government that is so cash strapped that they are going to tax us, our children and our grandchildren to the hilt to pay for their mistakes?

What the fuck kind of hallucinogen is he on?

Call me paranoid but I have an instinctive distrust of post codes, or any fucking codes for that matter.  It’s just another way for us to be labelled, and tagged and computerised.

How do I know that this would end in chaos and tears?  Years of letters and parcels going to the wrong places because they have fucked up the coding system and made a bags of the whole thing?

You can fuck off with your codes, Ryan.

You have helped drive the ship on the rocks, and now you want to renumber the lifeboats.

Now if you want to be remembered for doing something really useful – how about bringing down the worst, most incompetent government in the history of the state?

Now that would be worthwhile.