I am out of circulation for one day and what happens?

That little sack of pus Reilly is at it again.

So what is his logic this time?  Is it to protect the cheeeldren?  Well no, because all tobacco has to be hidden anyway.  Is it “for the sake of our health”?  That can’t be it because we just go to the nearest shop that sells tobacco.  No, it’s nothing logical or even vaguely so.  It’s just a glimpse of his twisted view of the world and presumably to turn the screws still further on the smoker.

He said he would like to see Tesco, Supervalu, Dunnes Stores and other big retailers end the sale of tobacco products because they were “supposed to be providers of food and nourishment and nutritional goods”.

Who the fuck is he to say what supermarkets should sell?  In fact who is he to determine what shops are “supposed” to do?  It is none of his fucking business.

He said “they should take the lead and stop selling” cigarettes.

Here we go again.  “Taking the lead”.  “Sending a message”.  Blah blah blah.  He is an absolute goldmine of clichés and catch phrases.

Dr Reilly, a GP, said the issue was personal for him because his father had a stroke and was left blind for the last 14 years of his life due to smoking.

Ah yes.  Using his father as a pathetic excuse for his tirades.  As a supposed doctor he should know that non-smokers have strokes too, but why spoil a good story?

Let’s bring the whole family into the crusade while we are at it.  Of course it would never occur to the vile shit that there might be an element of genetics at play here?  Let’s see now…. One was 60, the other was 62, and Reilly is 62.  Of course if it were genetics he would be shitting himself by now so it is so much easier to blame smoking to calm his worries.

My contempt for that bag of shit knows no bounds. 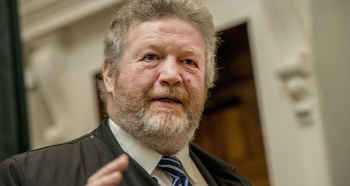