It was an easy job.

Well, actually it wasn’t, but being a person of infinite modesty I shall say it was easy.

A friend up in the north of Wicklow wanted a bit of a change to a website what he runs.  It was apparently a bit on the clunky side and I had suggested to him [politely, of course] that it was a fucking horrible design – all black and dour.  I hope he wasn’t the person behind the design, but it’s too late now.

Basically it was a website that contained about twenty little websites inside it.  It was a fucking mess.  So I decided to combine all those little websites into one big one.  Of course this was easy peasy and only took me several months of blood sweat and tears.  While I was at it, I decided to throw in a drop of colour; any colour so long as it wasn’t black [though I kept a tiny bit of black at the top to keep my friend happy].

Unfortunately the site has a little “feature” where it sends an email to a subscriber when a new news item is published.  All well and good?  Well, no.  Apparently during my final testing phases it went into overdrive and sent out about twenty emails.  To make matters worse, all the emails were identical and each one went to about 500 subscribers.  Fuck!  So I had to write an apology and send that to all 500 [by now] pissed off subscribers.

Now I am not taking any credit for the new design of the site, because I am a person of infinite modesty, as I said.  I did stick a little watermark of sorts though – call it my little signature.  I used a photograph I had taken a few years ago as a background to the site.  And that photograph was of Sandy, my Rough Collie, taking a walk in the woods.  Well, actually I was taking a photograph of the general scene and Sandy happened to wander into it, but few if any will see her as the background is overwritten by the site itself.

Here is the [nearly] finished product.

Here is Sandy in all her glory – 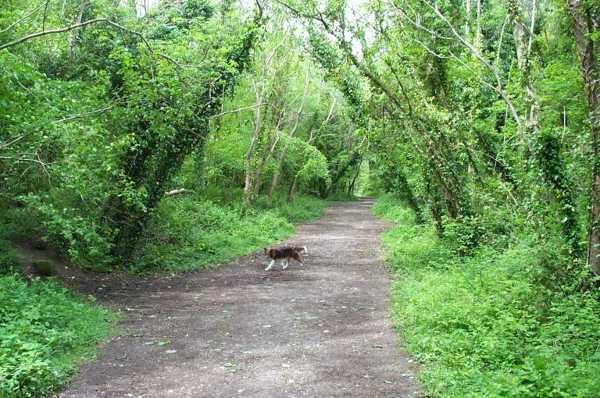