Well, to be pedantic I StartPaged it, and the screen filled to full capacity and flowed out the door into the garden.  There is enough material there to fill Trinity Library. 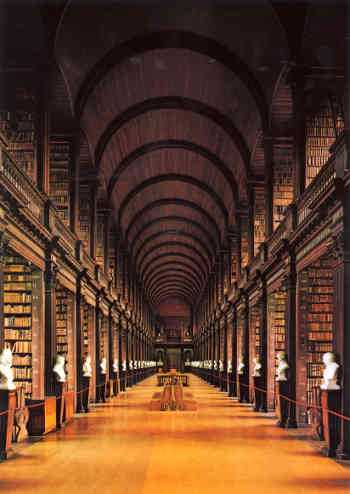 The Library of Diseases Caused by Smoking

OK, we'll skip the usual intro about addictions and habits and move on to the meaty stuff –

Three of the main reasons that young people smoke are to look mature, to be like their friends, and to experiment. Since teens see older people all around them smoking, especially their parents and relatives, they smoke to act older. If their friends or peers smoke, they may feel pressured into doing the same to be accepted. The last reason is the excitement of experimenting with something that is forbidden. In Massachusetts it is against the law for anyone under 18 years old to smoke. Usually parents do not allow their under age teens to smoke. Therefore, smoking becomes very attractive. It is exciting to get cigarettes and sneak away to smoke without being caught.

To be honest, I can't find a single flaw in that.  Forbidden fruit tastes the sweetest and all that crap.  However, I notice there is one tiny bit they left out.  Where is there mention of advertising being aimed at kids?  No mention of attractive packaging?  Not a word about seeing someone in a film smoking?

Maybe the Tobacco Industry is pro-smoking after all?  First of all they take smokers from their nice quiet offices, pubs, cafes and the like where in general cheeeldren aren't welcome, and bang them out on the street where every kid can see them having a good time?  And then of course they make smoking out to be ever more dangerous and therefore ever more alluring and tempting?  Nice one, Tobacco Control!

Then we move on to the adults –

Adults smoke for other reasons. They may have a lot of stress and pressures because of economic and personal problems. They may be unemployed or working but not making enough money to take care of themselves and their families. They may be homeless, or they may be dealing with alcohol or cocaine/heroin addictions. Some may be in bad marriages or relationships in which there is physical and/or verbal abuse. All these people may smoke to feel relaxed or to give them energy while going through a hard time.

In other words, smokers are life's failures.  We are unemployed, poor, homeless with crap marriages [and a drop of spouse-beating thrown in] who are addicted to alcohol, cocaine and heroin.  What a pretty picture?  The last sentence does almost pin the real reason though – All these people may smoke to feel relaxed or to give them energy while going through a hard time.  Indeed, Life can be a hard time at times, and a bit of relaxation is not a bad thing.  In fact Life is getting harder by the day for smokers, but we know who's to blame for that?  Tobacco Control promoting smoking again!

Whether young or old, some people smoke to control their weight. Smokers, on the average, weigh seven pounds less than non-smokers. Smoking reduces a person's appetite. It lessens his/her sense of taste and smell. This could be why ex-smokers gain weight after quitting cigarettes. Food tastes and smells so much better.

Hah!  Quit smoking and become obese?  Out of the frying pan into the fire?

Finally, there are people who say they love to smoke. Smoking gives them pleasure. It just makes them feel good.

At last we get to the point.  It took them a whole page and down to the very last [and by far the smallest] paragraph but they nail it almost in one.

Yes, smoking gives pleasure.  It is relaxing.  It aids concentration.  It smells and tastes good [speaking as a pipe smoker].  There is nothing quite like the pleasure of puffing gently on a pipe while scribbling a few idle thoughts, or sitting in the sun supping a mug of tea.

So put that in your pipe and smoke it.