I am not a fan of video games.

I do have a little experience of them though as TAT [The Accidental Terrorist – my son-in-law] is a keen fan and most times when he is at home he is sitting in front of his massive great screen blowing the fuck out of various characters.

If ever I call around I usually get the standard "hang on a sec – just finishing this guy off" whereupon he blows the head off some character, slices another in half with a blast of machine gun bullets and disembowels a third.  He then gives a sigh of satisfaction and puts the game on hold so that I can admire all the lakes of blood, the various limbs scattered around and the odd dismembered body.

The impression I get is of sheer mayhem, mass killing and a bloodlust for unbridled murder.

Does this type of game give TAT an insatiable hunger to kill?  No.  Does it make him go out and stockpile weapons?  No.  Does he machine gun everyone he meets?  No.  Apparently though it does make him want to smoke. 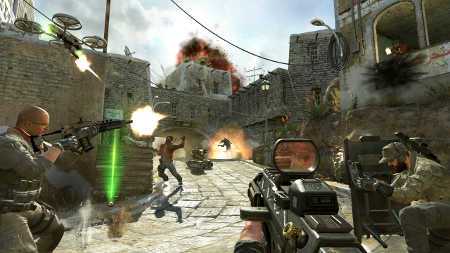 Yes folks, this is an advertisement for tobacco.  Apparently.

So according to Tobacco Control it is quite acceptable to smash someone's brains all over the pavement or tear their guts out in a hail of bullets, but God help us if there's a hint of a cigarette?  Take note parents – this video does contain many hours of mindless violence but once or twice there is the hint of a cigarette so keep it away from your kids!

I have [patiently] watched a few of these killing sprees in TAT’s screen but I can honestly say that the only smoking I ever saw was smoke rising from various corpses [of which there are many].  Not once did I see the word "Marlboro" or "Camels".  I have seen the word "Players" so maybe that is a subliminal message?  Those sneaky bastards!

Maybe it's the long things the characters are holding – long and thin with a bit of fire coming out the far end?  Here was I foolishly thinking it was a gun whereas it is, in fact a cleverly disguised cigarette?

All of the characters I have witnessed blasting the fuck out the enemy in fact weren't smoking so I would take that to mean that the whole business is subliminally urging the players not to smoke?

I have a feeling that Mr Glantz has a small fixation here.  Does he judge any cylindrical object as a cigarette advertisement?  If it is long, thin and glowing at the end it has to promote smoking?

Or has he secretly got a penis fetish?