I used to come up with the odd bit of whimsey.

I'm not sure why I don't do that these days.  Just getting old and grumpy?

Flushed with the success of the Dublin Port Tunnel, the Irish Government has announced plans for an undersea link with France.

Following on the announcement that Ireland would switch to driving on the right later this year, it has been decided that this was the next logical step in the integration of our road network with the rest of Europe.

"We have the equipment now, and the expertise" said a Government Spokesman, "We might as well use it" 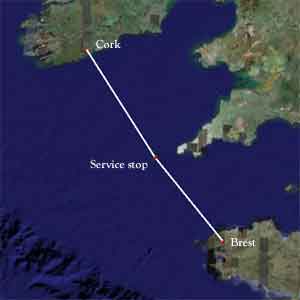 The tunnel will extend from Cork to the Brest Peninsula and will be a total of 470 Km long. It is proposed to build a service station on the Scilly Isles at the half way point. To facilitate this, it has been agreed that Ireland will take sovereignty of the Isles in return for handing Donegal over to the Six Counties [or the Seven Counties as they will be known]. This will have the added advantage of removing Daniel O'Donnell.

Asked why the tunnel wasn't being constructed between Dublin and Anglesea, which is a distance of only 80Km, a Government Spokesman said that there wasn't that much difference in length.

"Anyway" he continued "The Brits steadfastly refuse to relinquish Sterling and have no intention of switching their driving sides, so they are not really part of Europe. They are more American than European"

When asked about travellers who wished to go from Dublin to Anglesea, he stated

"It is only a minor detour. They can drive to France via the new tunnel, get the train through the Channel Tunnel and drive straight up to Wales.

The tunnel will consist of two single lane roads, each in its own separate bore. In line with Port Tunnel policy, it will be insufficiently high to take lorries. 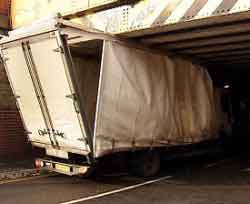 Some vehicles may be too high

Asked what would happen in the event of a vehicle breakdown or a slow driver, the spokesman stated that the momentum of the traffic behind the obstruction would carry it through to the far end.

"It'll be like shit flowing through a sewer" he added.

Travellers will be asked to avoid food or drink for a period of ten hours prior to making their journey.

"We can't afford the luxury of someone stopping for a quick dump or a pee" said the spokesman.

It is estimated that journey time will be reduced from the current 18 hours to 5 hours.

"And it'll be one in the eye for those b*st*rds in Irish Ferries" muttered the spokesman.