I see the Blog Awards is raising its head again.

When the competition first started it was known as the Irish Blog Awards.  Fair enough.  Simple and to the point.

Then one year it stopped, someone else took up the yoke and renamed it as Blog Awards Ireland.  That made it sound like an Irish subsidiary of an international corporation but we'll let that pass.

This year it seems to have re-emerged as Irish Blog Awards.  To add to the confusion, the original IBA seems to be raising questions on Twitter saying effectively to the new IBA "who the fuck do you think you are?".  We'll let them fight that one out amongst themselves.

I had a look at the new IBA Farcebook page.  WOW!! PINK!  This raised some background suspicions so I investigated further.  They were looking for suggestions for categories.  Parenting?  Lifestyle?  Weightloss? What??

I then switched over to their web site.  MORE PINK!

Now call me a misogynist if you like but I think I detect a slight gender imbalance here?  My suspicions aren't exactly allayed by the image which adorns the front page – 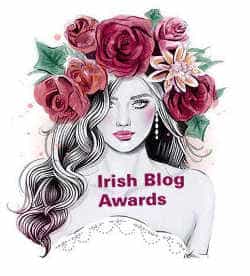 This is the image of your average Irish Blogger?  Maybe it is but I can honestly say you couldn't mistake that for me even if you were blindfolded in a thick fog.  Or maybe it's the prize?  I could live with that.

By this stage I was beginning to feel distinctly excluded.  I decided to fight back.  I sent them a suggestion for a new category – "Crusty Old Pensioners".  I was ignored.

They haven't opened up the nominations thing yet.  Maybe the New IBA are fighting with the Old IBA [I suggest they call themselves the Provisional IBA]?  Maybe they have grown tired of the whole shebang already?  I shall keep an eye out whatever.

And when the nomination forms open, I'm going to flood 'em with nominations from this site.  I'll be in under "Beauty Tips", "Best Manicure Site", "Hairstyling" and every other one they come up with.

Unless of course they come up with a category for "Crusty Old Pensioners".