I started this site somewhere around the middle of October 2006.

I'm not quite sure exactly when I started it, as I cheated a little and predated a couple of my first efforts so that when it hit the airwaves it wasn't completely blank.

There have been a few minor changes since those days.  It has moved home a couple of times onto different servers.  It has even changed its name [I think it was “A Grumpy Site” for a few days before it reincarnated as Rambles].  It has changed its looks on more than one occasion too.

I have looked back on a few of my original efforts and some of them actually made me chuckle.  It was as if someone completely different wrote them.  But then I suppose seven years can make one a lot grumpier and wiser?

I kept a quiet eye on Twitter last night [God forgive me] as the Blog Awards were on.

All the photos were full up pink and young wimmin.  They were all saying things like "woo hoo" and "congrats" and using words like "twpl" which all goes to make me feel very ancient.  It's a completely different world so far removed from my quiet little corner up in the mountains.

So here I am, seven years on and ploughing a lonely furrow up at the other end of the chronological scale.  Will I continue for another seven years?  God knows.  I'd be into my seventies by then.  Fuck!

This site has become a sort of part of my daily routine, like the first mug of tea in the morning, or that immensely satisfying fart under the bedclothes last thing at night.  It's just something I do. 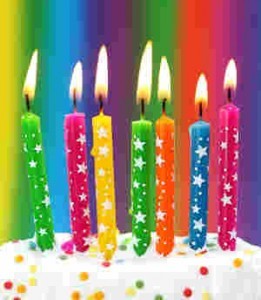