“You write the most boring things,” said Herself as she browsed this site last night.

“Do I?” I was pretending to pick my nose.  That always annoys her.

“Look at this shite about the budget.  That’s boring.  People will stop reading.”

“Will they?” I was trying unsuccessfully to do a crossword and the interruptions were irritating me.

A four letter word for a woman.  I had _UNT so far, and I was stuck.

“People don’t want to read the kind of shite you are writing.”

“You could be right.”  There was a fly walking over my crossword and that was annoying me too.  “What would you suggest I write about then?”

“A couple of months ago, you wrote about Jean Claude.   That was interesting.”

“It was exactly the kind of thing people want to read.  Tell them more about it.  I’m sure they are dying to know.”

“People couldn’t care less about a fucking pot plant.  What the hell am I supposed to say about it?”

“You could tell them how you had to add a longer stake for it to grow up, and then had to tie string to the ceiling because the stake still wasn’t long enough?” 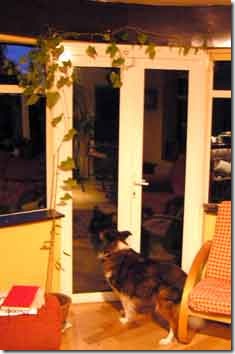 “Jayzus!  I’ll give John Grisham a buzz and tell him about it.  I’m sure that would make a great plot for his next novel.”

“You could tell them how it grew across the top of the door and started flowering?” 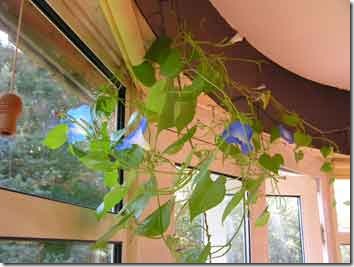 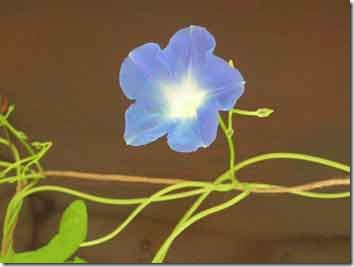 “Fuck, woman!  We’d have coach loads calling out wanting to see it.”

“There is no need to be sarcastic.  I think it would be nice.  It’s the kind of thing people want to read about.”

“People couldn’t give a flying fuck about a plant.”  Crossword inspiration hit, and I wrote in AUNT.