I really have had enough of this.

I have been struggling with this web design business now for a few weeks, and it just isn’t me.

My computer is beginning to get ratty too. It’s starting to give out to me every morning. There’s nothing wrong with it physically [apart from a bit of fluff under the keys], but it’s just getting bad tempered. Like me.

I want a new job to pass the time.

I’m quite good at a lot of things, though I’m not up to much physically, as some of the important bits have fallen off.

The old brain is still reasonably functional. I can do crossword puzzles, and my highest score on Minesweeper [Expert level] is 98 seconds. I’m not a bad shot. I’m very kind to animals, but not humans. I have to work from home, because I’m damned if I’m going to put up with that iniquitous smoking ban thing. There must be some job out there that I’d be good at.

I need something that doesn’t require any effort but makes a lot of cash.

I thought of being Taoiseach, but I’m not devious or corrupt enough for that. Even I have standards.

I thought of becoming a tribunal lawyer. But that means going into Dublin a couple of times a year, and I hate Dublin.

Has anyone got any ideas? 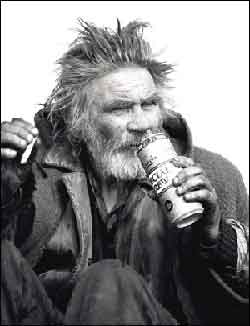