Today is traditionally the day for fooling people.

I’m not going to descend to that.

Instead I am dedicating the day to fools. In no particular order.

This is a very shy breed, and is not often seen. It only appears during conventions. It is at its quietest when StStStammerium Ahernium [see below] is at its weakest. Very little is known about this breed.

This creature is characterised by its cry. The latter consists of syllables repeated many times in an incoherent fashion. It can be recognised at a distance by its massive ego. It is generally recognised as being the least intelligent of the species we are examining today. If it gets into trouble, it can be seen crying on public television. People are cautioned about approaching it, as it can get vicious. 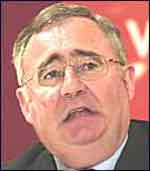 This is a new species and is unclassified at this stage. It is generally referred to as ‘Trevor’ or ‘that eejit who wants us all to use buses’. It can be recognised by its green plumage. This new species generally shows a high level of intelligence, but it consistently allows its ideas to be stolen by others or ignored. It is thought to be a migratory species from the plant Zorg. 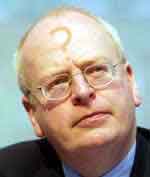 A very loud species. It is characterised by getting itself into messes and generally making things worse when it tries to fix anything. It pretends to compete with StStStammerium Ahernium, but the facts show otherwise. Again it can be quite vicious when approached, and should be treated with great caution.