Good day to you too Supershadow.

I wouldn’t exactly describe a drop of horology as exploration.  It’s more a case of an enquiring mind and a desire to find out how things work and how to fix them.  But I am flattered by your [grudging] admiration.

Some time back you may remember a middle aged Jedi called daoku vorkuss who watched star wars backwards to explore every aspect of the star wars universe – from both angles, after all when you shave in the mornings how do you know the grandad you see in the mirror is the real grandad and you are the reflection. How do you know that you are not a character in a movie and someone is watching your story backwards in an outer dimension? Anyway daoku was committed to a secure institution  but i digress.

In the mid 2000’s I was the goto person in relation to these matters. I was  one of the world’s premier documentary film makers in the areas of  the paranormal, cryptozoology (the study of unknown creatures) and extra terrestrials.

Just out of interest, how do you study something that is unknown?  No one knows if extra terrestrials even exist [though I grant that according to the laws of probability, they do] and no one can possibly understand the infinite possibilities of their physics.  They could be anything from a cloud or intelligent gas to a puddle on the ground.  Only Hollywood has this strange idea that all extra terrestrials have to have a head, two arms and two legs [and talk with an American accent].  Just look at the variety of animals on this tiddley little planet and expand that notion to an infinite universe.

Ah yes.  I remember that site.  Whatever happened to it?  I am surprised that someone of your importance and magnificence should allow such a simple thing as a domain to lapse?  I see it’s now a Japanese hair removal site.  Or is that one of your sidelines?

As a Jedi I no longer want to travel in to space but the space between spaces.
Humans are naturally restless. When we are here we want to be there. Far away planets are always greener.
I dated hot women in the mid noughties as you well know, Eventually I found myself not looking at my hot girlfriends – but all the happy single people. And wanted to be there.

I preferred to choose my girlfriends on the basis of their personality rather than their heat but then that’s just me.  Incidentally, my last girlfriend [the one I married] was what you would presumably call “hot”.  We have been together ever since.

But more than ten years on even I have doubts about my peers. Take for example the latest brainstorming session to tackle climate change:

– social justice enablers approach every animal in  zoos all around the world and apologize verbally out LOUD to that animal for climate change (The idea is to make animal lovers like yourself who might be passing by feel guilty). Personally I think its nonsense.

You have lost me.  Climate change is nonsense?  People who talk to animals are nonsense?  I have to disagree there.  The climate has been changing for millions of years, and I frequently talk to the dog, but rarely about the climate.  We prefer to discuss philosophy and why she insists on crapping on the front driveway.

Someday my name will be in lights again. The name mickey suttle will reverberate throughout the ages and the jedi will rule the earth for ten thousand generations.I tried to be normal once Grandad and it was the worst 2 minutes of my life.

Take it from me – normality is overrated.

Someday  my face will be on time magazine. 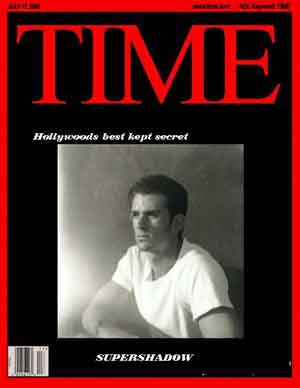 May the Force be with you

Love you too, SS