Well, you could knock me down with a feather!

I honestly didn't believe it would happen, but it has.  The UK has voted for independence!

I don't know how or even if it will affect me personally.  Naturally our gubmint is screaming that this is going to cost Ireland billions and that we must expect a tough budget this year.  Quelle surprise!  Whatever it costs, the vote was worth it.

I noticed in the run up to the election they interviewed people in the street.  Those in favour of remaining were invariably working in big business or banking, while the ordinary Joe Soap just wanted out.  The politicians also were virtually unanimous [with the exception of UKIP] in their desire to stay.  That in itself speaks volumes about the EU itself – it’s a club for Big Business, Politicians and the Bankers.  The man in the street is not important as he [or she] is just a production unit; a source of labour and taxes.

The EU is slowly unraveling at the seams.  It started with the financial crisis and now it's riding into a massive political crisis.  The people of Europe are seeing the EU for what it is – a money sucking, unaccountable dictatorship with jobs for the elite and a desire for power.  Pat Leahy in the Irish Times nicely sums up the disconnect between those in power and the ordinary man in the street –

It was evident from the campaign that the gulf between many ordinary British people and their political leaders and institutions is immense. During the campaign, polling suggested that almost half of all leave voters expected that the result would be fixed by the remain-dominated establishment.

This suggests that a huge chunk of the British population believes they are being governed without their consent: think about that for a minute.

Yes, they are being governed without their consent.  They were being ruled by faceless bureaucrats in Brussels, having laws rules and regulations imposed on them without any say in the matter.

Similar currents of public opinion exist here; they explain much of the recent general election result – a rejection by many voters of established politics, a reaction against elites, a surge for populist politics. It is present in a far uglier form all over Europe.

This morning’s result suggests that this angry alienation is becoming the defining political spirit of the age. Ironically, Britain is irrevocably part of this European movement. This morning, as the dust settles, the British result seems like the beginning of something rather than the end. There may be trouble ahead.

I sincerely hope this is just the beginning.  With a bit of luck we'll see other countries following the UK's lead.  It's time this monstrosity of a political nightmare is ended, and time for us to live our own lives without constant interference. 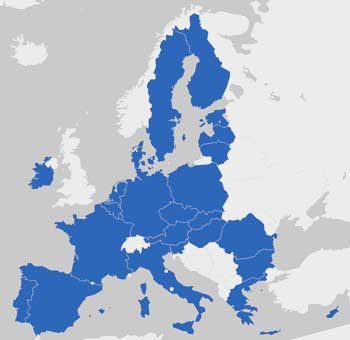 It's getting lonely out here.