So why am I so annoyed at this Plain Packs charade?

On a day to day basis it doesn't affect me as I always transfer my tobacco to a nice calfskin pouch, so lurid pictures and propaganda messages are consigned to the bin.

Buying tobacco will be a lot more difficult however.  The shops around here all have cigarette dispensing machines so provided the packs are placed in the their correct slots, it's just a matter of pressing the correct button to get the correct brand.  Pipe tobacco though is usually stored in a drawer and the only way of distinguishing one from another is by the packaging.  When the new packs come in, it will be a case of rummaging through a drawer full of packs, trying to find the right brand which will be frustrating and time consuming for myself, the shopkeeper and presumably any other customers who are waiting to be served.

My main objection though is to the principle of the whole charade.

Plain packs will have no effect whatsoever on smoking rates, as the Australian experiment has shown.  It is a measure designed purely to annoy and inconvenience smokers, and is akin to the small child pulling the wings off flies simply because he can.

This stupid law has been brought in because of pressure from a tiny cabal of anti-smoker fanatics.  There has been no demand from the public and in fact a quick search through today's papers [the day after the law was passed] you will find it hard to find a mention.  The public never asked for this and have greeted it with complete indifference [though just wait until the demands come in for plain packaging for their little guilty pleasures!].

Basically the law was driven in by just four people. 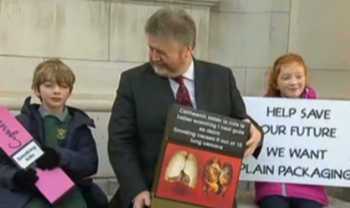 Fatso introducing the cheeeeldren to the concept of smoking

First there is Fatso Reilly.  Failed Minister for Health and well known bully, he is just trying to redeem his abysmal career from the bottom of the toilet bowl.  His aim was to be the first in the World to introduce plain packs, but is now having to content himself with being the first in Europe.   He is best known for parroting the old clichés – 5,200 people die every year in Ireland blah blah, kills one in every two blah blah, the only industry that kills its own customers blah blah. 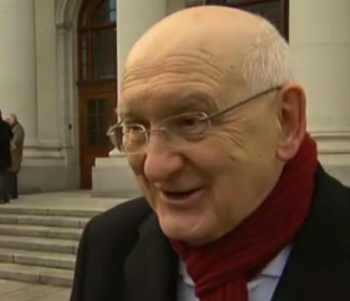 Luke Clancy is a smarmy character.  Ex-ASH and now leading the "Tobacco Free Research Institute" [whatever that is]. He is a professional anti-smoker and doubtless makes a handsome living out of it.  Went into a paroxysm of orgasms while talking about the new law. 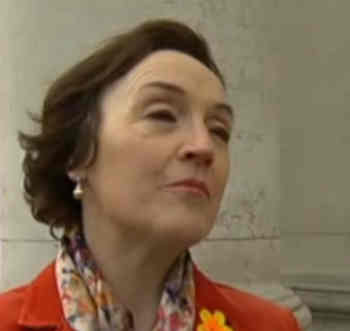 Kathleen O'Meara is more of a smug religious zealot.  Head of Advocacy in the Irish Cancer Society, she also makes a nice living out of being an anti-smoker. 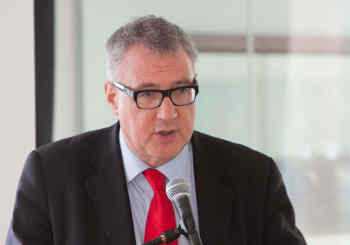 John Crown is a devout disciple of the Ant-Smoker Religion.  An irrational fanatic, the only thing that can be said in his favour is that he doesn't stand to gain financially [unless there are back-handers from Big Pharma].

I would seriously contend that without these four, there would be no plain packs law.  Between the four of them, they have introduced something that will be a boon to counterfeiters, a nightmare for shopkeepers and will in all likelihood cost the country billions in lawsuits and compensation.

If this new law were dropped, I doubt that anyone in the country would turn a hair apart from the four above.