I try hard not to be a Grammar Nazi.

While I do wince at the sight of "there" instead of "they're" and other such abominations, I do my best to refrain from passing comment.

There are times though when I reach my limit.  Once such time was yesterday when I quoted a comment that appeared under an item on another site – "If u care abt ur dog I can’t understand why u wudn’t want to have ur dog microchipped."  It was followed by another comment which made me laugh as it summed up my feeling precisely – "Is there no way to shorten “understand” to a barely intelligible grouping of letters?"  Why do people do this?  Why do people insist on writing in this abomination of a shorthand?  Nearly all devices now have predictive text, or is it just too much trouble to spell properly?  I find it intensely irritating and just want to smash the writer's face in.

That apart, there is a tendency these days to thrown a load of verbal tics into the spoken word.  The phenomenon is not new – we [nearly] all throw in the odd “err”, “ah” or “em” into the spoken sentence while we take a mental break from speaking but the fashion now is to pepper sentences with “you know” or the ubiquitous “like”.  Like every sentence has like several “likes” thrown in to like somehow like add some kind of like substance [like].  I saw a vox pop interview the other day where some yang wan was asked her opinion on something and she actually managed to use "like" as every third word which to me invalidated her opinion as I just dismissed her a a dumb-fuck.

I saw a thing on Farcebook the other day.  It was one of those images that contained only text [why do they bother?  Text is easier to create than an image?].  The joke was –

"Always love a woman for her personality.
They have like 10 so you can choose."

Mildly amusing, but what struck me was the "like" that crept in there.  This was a conscious effort on the part of the image creator and I would dearly love to know what they were thinking.  It makes no sense whatsoever and they might as well have written "they have appreciate 10 so you can choose" or even "they have similarly 10 so you can choose" which to my understanding would impart the same message, but make equally little sense?

The reverse seems to be happening too where text-speak is infecting the spoken word.  I have actually heard people say "OMG" as an expression of something though I have yet to hear "LOL" [and the first time I do hear it they are going to meet my fist].

I find it all extremely irritating. 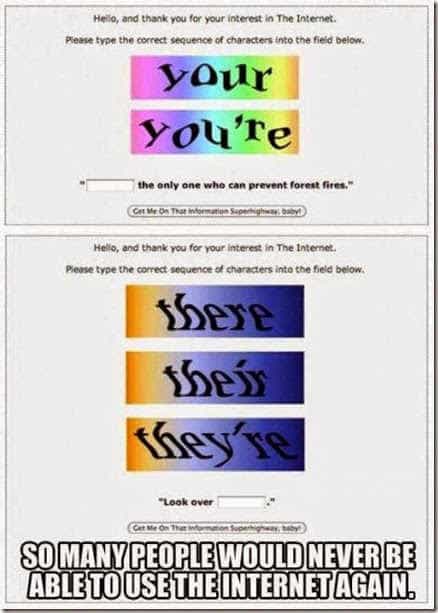