There is an awful lot of talk these days about carbon footprints. 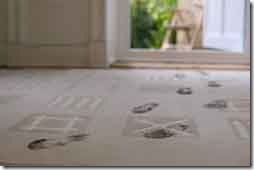 I always thought they were things I left on the carpet after sweeping the chimney, but apparently not.

There is a very irritating prick on television here by the name of Duncan Stewart.  He is constantly getting his knickers in a twist over carbon footprints so I thought I had better do some further investigation.

Apparently carbon footprints are something to do with Global Warming, which, as we all know is a phenomenon dreamed up by Al Gore to further his career and to get himself a Nobel Prize.

I found a website that I can use to calculate my footprint at Change.ie.

I always thought that my footprint would be the same as my shoe size which is 11.

Imagine then my horror when I found my number was way off. 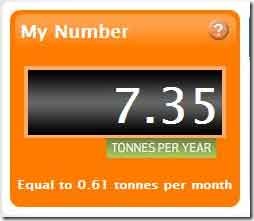 I have a lot of work to do.

I have jacked up the car onto concrete blocks and it’s running flat out 24 hours a day, when I’m not actually driving it.

I have re-thought my trip to the Irish Blog Awards, and instead of driving, I shall be flying [via London, Bangkok, Sydney, Los Angeles and New York].

I am also going to have a lot more vindaloos as my flatulence levels, while impressive, can always be improved upon.

But first, I’m going out to drop a nine inch cavity block onto Duncan Stewart from a great height.

That has nothing to do with carbon footprints.