I watched a programme last Wednesday.

It was a documentary about Global Warming.

This program was an eye opener.

Before going any further….

It is over an hour long, but it will change your mind. Unless you have been totally brainwashed, of course. 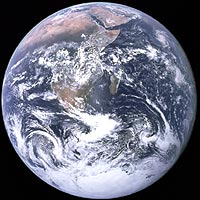 I know this sounds politically incorrect, but we have be fed a load of bullsh*t going back to the Thatcher era. Governments, scientists and journalists are propagating the idea for their own ends.

We see the Sun as being a little white ball in the sky, 93 million miles away. Wrong. That little white ball is only the visible part of the sun. It is much much more. It is x-rays, and particles and solar wind. In fact, technically, we are inside the Sun, as it’s sphere of influence extends way beyond us. It affects every aspect of human existence. It is infinitely more powerful than anything that we can do as mere mortals.

The Earth is warming. But it has been a lot warmer in the past few thousand years. Long before there was any pollution.

The whole thing is cause by a natural variation in Sun activity, which has been going on for millions of years. And there is nothing we can do about it.

So why do the governments, the scientists and the journalists insist that there is ‘Global Warming’?

Governments like the idea, because they can use it to get the popular vote. It is politically correct. But also it is a very nice argument in favour of Nuclear Power. They can also use it as an excuse to keep the Third World from developing and becoming a threat, economically.

Journalists like it because it is popular news. They are effectively driving the whole issue. It is no longer news to say that sea level will rise by 5cm, so they start warning about levels rising by 5m. Much more newsworthy, and scary. And there is a whole new breed of eco-journalists whose job depends on our fears.

And they all produce fancy mathematical models to scare us and predict catastrophe in the near future. But those models are based on incorrect data.

There is a link to the programme here.

Take a look. It is an eye-opener