An excellent summary of the lies and deceit practiced by the WHO.

Another article by Klaus K translated from the original Danish.

¤ Do smoking bans protect against a non-existent disease risk? 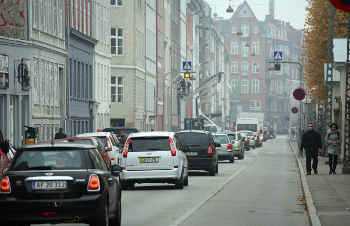 Well, officially it is – but the experts appointed by the World Health Organization (WHO) have twice, within 15 months, downplayed the role of secondhand smoke in the development of lung cancer by comparing the risk of tobacco smoke to the risks of outdoor air and diesel exhaust.

It happened when two official IARC-statements were published that placed outdoor air pollution and diesel exhaust on the group-1 list of known causes. Also on the list is secondhand smoke, despite some researchers’ skepticism.

Dr. Debra T. Silverman is a leading American researcher in diesel exhaust in the workplace – her studies eventually led to the WHO statement on lung cancer risk from diesel exhaust, and she was quoted in the New York Times:

And IARC’s own expert, Kurt Straif said that outdoor air pollution is the most serious cause of lung cancer in the environment, more so than passive smoking, according to Bloomberg Businessweek and the South China Morning Post:

“We consider this to be the most important environmental carcinogen, more so than passive smoking.”

It is now more than a decade ago, in 2002, that the WHO for the first time declared secondhand smoke carcinogenic and deadly in the IARC Monograph 83 – despite independent experts’ skepticism.

Meanwhile, it has been revealed that the chairman of the WHO working group – the leader of Monograph 83 – Dr. Jonathan Samet and several other anti-tobacco researchers have had long-term economic relations with Nicorette companies Pfizer and GlaxoSmithKline. These companies have gained a tremendous economic advantage since the declaration of mortal risk of secondhand smoke, because the smoking bans were introduced to protect against that risk.

For smoking bans were the reason the pharmaceutical giants could earn billions from the sale of nicotine replacement and smoking cessation products to Europe’s 150 million smokers, who were forced to refrain from smoking at work and in the hospitality industry by the bans.

The WHO’s own passive smoking study from 1998 – the largest in Europe – showed no link between passive smoking and lung cancer, either in the home or at work. The only significant correlation they found was that people who were exposed to passive smoking in childhood and upbringing had a 23% lower risk of getting lung cancer later in life compared to people who grew up in smoke-free homes.

Nevertheless, a year later the WHO entered a mysterious partnership with the nicotine giants Novartis, Pharmacia & Upjohn (later Pfizer) and GlaxoSmithKline. The reason given was “to help smokers stop smoking” – this absurd partnership no doubt secured the WHO financial support from the pharmaceutical giants in return for acting as the industry’s world-wide Nicorette agent.

And immediately two days later the WHO director-general Gro Harlem Brundtland informed the public that WHO had started working on its part of the bargain: The production of the anti-tobacco treaty – the Framework Convention on Tobacco Control – committed all WHO member states to introduce the smoking bans which are now scattered across Europe.

The reason given for the smoking bans – the health hazards of secondhand smoke – is formulated in the treaty’s Article 8:

“The Parties recognize that scientific evidence has unequivocally established that exposure to tobacco smoke causes death, disease and disability.”

It is this unscientific claim that the WHO experts no longer say is so “unequivocally established”. As the French Dr. Philippe Even said: The smoking bans are based on a lie. And such a lie cannot be sustained in the long run.

Laboratory animals do not get
lung cancer
from tobacco smoke

It’s also pretty unlikely that second smoke could have caused lung cancer – especially considering the fact that the scientific community has had no success in inducing malignant lung tumors in experimental animals with tobacco smoke – despite the fact that this has been diligently tried for over 80 years. Scientists have even bred genetically artificial mice that are particularly susceptible to lung cancer, but to no avail.

The reason that this is still being researched is that the tobacco industry scientists are trying to invent less harmful types of cigarettes – but no matter what type of cigarette smoke the mice or rats are exposed to, none of them develop more lung cancer than the control animals, which are exposed to air.

Maybe not so strange anyway, if the outside air is carcinogenic?

After all, this has been known since 1962 when American cancer researcher Wilhelm Hueper found that in many countries and cities there was a weak correlation between lung cancer and cigarette smoking, while in contrast, lung cancer was closely related to air pollution from heavy industries.

This was also shown by the late Danish researcher and clinician, Knud Wilson.

In the 1962-article’s “comments” section Hueper gives his six reasons to why cigarette smoking can be no serious cause of lung cancer – one of them is that city dwellers have twice as much lung cancer as people who live in the country.

In light of WHO’s statements, it is not illogical to say that it does not matter to your health whether you are walking in a normally busy street, or you are sitting in a smoking cafe. If the air is more harmful on a dose response level in the streets, then what exactly is the point of banning smoking in the cafe?

If indoor secondhand smoke does no more harm than the ambient outdoor air, there is no sense in such bans. And so any cafe owner should be able to decide his own smoking rules.