My family has a few links with Holland.

The links are slight but enough that I have always been aware of such things as their Christmas traditions.

The Dutch tend to start Christmas early in the month when Sinterklaas and his assistant Zwarte Piet travel the streets handing out sweets for the kids.  As a youngster it always struck me as being a far more enjoyable thing than just hanging an old sock on the mantlepiece.  It sounded colourful and fun, and I envied those Dutch kids.

Of course, the killjoys want to put a stop to it.

You see, Zwarte Piet translates as Black Pete, and yes, he is black.

If they wanted Santa to have an assistant called Grandad who is depicted as a drunken Irishman would I give a shite?  No.  I would delight in seeing the joy on the kids faces as they witness a happy ceremony.  Would I wish to stop it because my oh-so-precious feelings might be hurt?  No.  Because it is a tradition that goes back through the generations and it brings joy to the children.

But these fucking righteous killjoys are worried that Zwarte Piet “sends out the wrong message”.  Someone’s sensitivities might be hurt so it’s better to kill an old tradition in the name of Political Correctness.

So let’s destroy a tradition that goes back in the mists of time.  Let’s kill the look of joy on the Dutch kids’ faces.  Let’s massacre a bit of happiness. 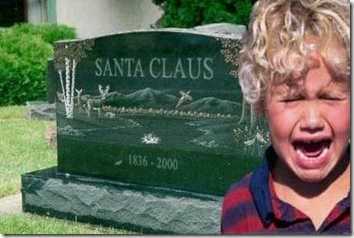