That voting yesterday was a nightmare.

You see, there were two problems.

The first was a little surprise that I presented to Herself as a wee Valentine’s gift, last February.  It was an all expenses voucher for a day learning how to clean out slurry tanks.  She was thrilled.  She called me an old romantic.  She had a fine day of it, though she smells a bit stronger than usual today.

So yesterday I had to vote on her behalf as well as my own.

And then there was the problem that each of us was representing 100 disenfranchised voters in the rest of Europe.  So I had to vote for them too.

Two fucking hundred ballot papers to put my X on!  It was a pain in the arse and in the wrist.  I have writer’s cramp today.

Luckily Sandy was able to do her own hundred. 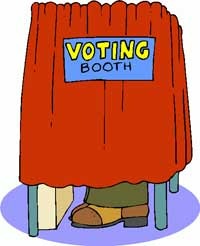