We had a fantastic day yesterday.

Thank you all for virtually joining in.

I hope you all virtually enjoyed yourselves.

Myself, Herself, K8, TAT, Puppychild and Sean, all went for lunch in Hunter’s Hotel in Wicklow. It was a long drive but it was well worth it.

The food was fantastic, but this isn’t one of those hotel rating sites so I won’t bore you with details. I’d definitely give it five stars though. It is a beautiful building and is described thus:
“an extremely rare and remarkably intact example of an early eighteenth century coaching inn.”
It has been operated by the same family since 1820. 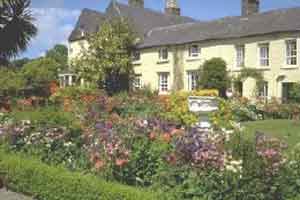 Or rather, it was until yesterday. Subject to insurance assessment, they estimate it may reopen by 2015. And I still say we had nothing to do with the fire.

You see, we go a bit carried away, with the day that was in it.

Herself got elephants, but I’ll come to that later.

I had about eighteen pints of Guinness, and K8 had about fifteen pints of Heineken. TAT didn’t drink because he was too stoned. Puppychild got into the act with Dozol and Calpol and demolished quite a few bottles. Sean just had a laugh.

We drove home along part of the N11. To those of you abroad, the N11 is the main route from Rosslare [the main European ferry port] and Dublin, so there are a LOT of tourists on it.

K8 drove her car and I drove mine. We played Left Hand Drive.

Left Hand Drive is a game I taught K8 ages ago. What you do is find a left hand drive car [i.e. tourists] and you overtake them at about 100mph. You then cut in hard on them. They panic, and their natural inclination is to head for the hard shoulder to their right. But this is, of course, our fast lane. So they get shunted up the arse by an SUV doing 150mph. You can cull a lot of tourists that way. 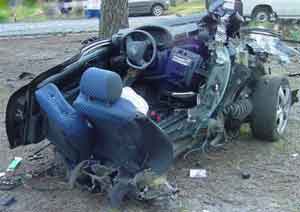 K8 reckons she won with 19 write offs. I only got 16, but two of those were coach tours that I shunted off bridges. I reckon I won. Anyway she had three pints less than me under her belt, so she had an advantage.

As for the elephants…

K8 and TAT gave Herself a lovely carving. It is made out of a single piece of wood. It is beautiful. But the message she gave with it makes it very special indeed.